The final update is out!

The final update to Slipways is now available! Enjoy the third act of the campaign and the newly added techs and perks, and when you have the time and inclination, dig into the brand new modding feature.

To celebrate this release, Slipways is going on a 30% sale for two weeks across all the stores. The update itself is free and available to all existing and new players of the game. 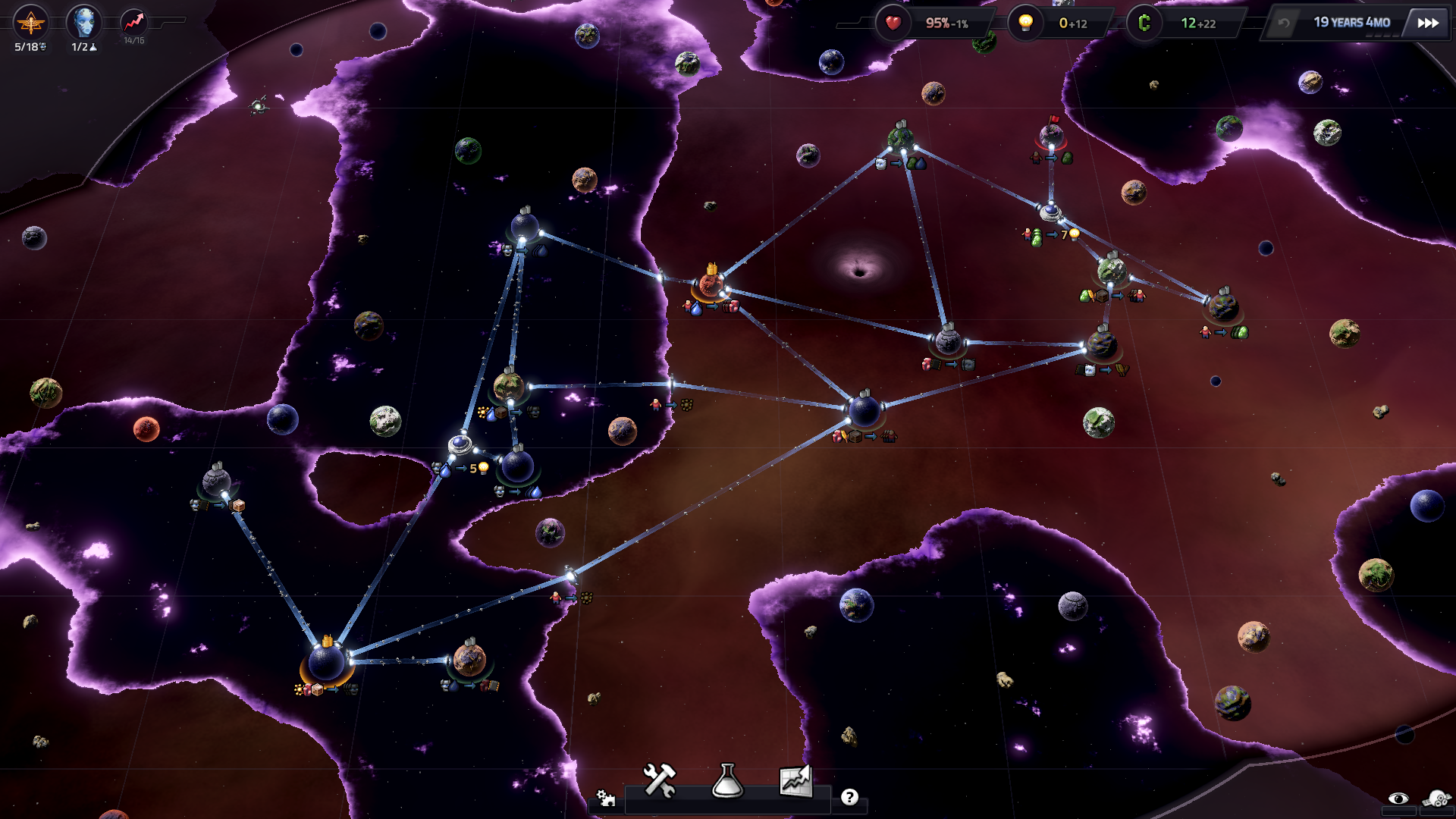 Now, with the preliminaries out of the way, let's dig into the new stuff!

The final act of the campaign!

This one includes five brand new missions, in which each council member tackles the oncoming cataclysm alone.

Each race has a unique way to approach the problem, and the missions highlight their philosophical outlooks, their strengths and their unfortunate weaknesses. They also happen to be tons of fun!

This one is a doozy and I can't wait to see how it goes from here! On my end, I made sure that the engine is as flexible as possible: you can make sweeping changes like adding new game modes and new council races, but also smaller mods that just feature a single quirk or tech.

There are also examples and documentation available to get you started. Should you need help, there is also a new #modding channel on the game's Discord.

The update features a new exciting tech for each race with mechanics that haven't been seen before: like the ability to double up resources sent between two planets, or a project that doesn't even cost money to build.

Each race also gets a fifth perk to take them in a new direction, and as usual, there are also new sector quirks and random events to shake things up.

Ranked is also getting an upgrade! Starting today, the top scores each week are going to be publicly shown and (if you want to provide it), your name will be visible there at the top for all to see.

You will also be able to peek inside other people's ranked runs, effectively loading a save that shows you the state of their sector just before the run ended. This feature will be limited to "retired" weeks, so you're still on your own when it comes to the current challenge.

There is tons of smaller stuff as well, but let me just list a few things that I think will make some of you really happy:

You're probably eager to try the new things out, so I won't keep your here much longer. I'll just let you download the update (which Steam should already be doing) and sink your teeth in it. Let me know what you all think, and until then...

See you around the galaxy!

Weave isolated planets into a vast trade empire. Enjoy the depth of a space grand strategy game in 60 minutes flat.

I haven't played the update yet, but I wanted to congratulate you on your development journey. It went pretty exemplary IMO, from prototyping the game with the PICO-8, to building a fully-fledged and polished (no pun intended ;) ) version, to supporting the game further with consequent updates.

I don't believe you could have pushed the concept further, and I was even surprised that you implemented some mod support!

Wish you the best for your future projects!