A downloadable game for Windows and macOS

Slipways started out right here on itch.io as a PICO-8 game! If you're looking for that, it's now called Slipways Classic.

Note: Itch.io purchases now come with Steam keys, if you'd like to redeem one.

Slipways takes the space grand strategy genre and condenses the best parts of it down by throwing away all the micromanagement and the steep learning curve. The result is a unique blend of the strategy and puzzle genres in which you can finish a run quickly, but still have a deep experience full of tough decisions.

Colonize planets, carefully pick industries and hook everything up so that your planets support each other. Line everything up just right and watch your colonies evolve and grow, giving you even more options for profitable trade. Make long-term plans and bask in your own glory when that one last connection makes six planets upgrade at the same time and gives you the income you desperately need.

There is no military aspect to pull your focus away from the economy. The game is more relaxed than your typical grand strategy. It's all about exploring space and its endless opportunities, shaping it to your whim and developing it to its full potential. No need for war with so much empty universe to claim.

Forget about tedious micromanagement and waiting for ships to be built. In Slipways, every action you take has immediate consequences, and every choice you make is of paramount importance. Your planets govern themselves while you focus on making the right decisions to get them what they need. You'll waste none of your precious time on busywork. A single run takes 40-60 minutes and they are all filled with the good stuff.

TECH IT UP A NOTCH

There are no boring technologies here. Instead of making a single building 20% more efficient, technologies in Slipways let you move planets at will, harness stars for energy or colonize planets with sentient machines instead of people. The selection varies each run, so you'll have to plan carefully and adapt to the situation at hand. The path you choose will profoundly change your experience and the way you look at the game's planets and resources.

PLAY IT YOUR WAY

The standard gameplay mode gives you 25 years to build the best empire you can, but there are others. The sandboxy endless mode allows you to experiment freely, while the ranked run is a chance to measure your skills against others around the world on pre-seeded maps.

The game also features a campaign mode with 13 scenarios, each of them introducing a new twist and refreshing the gameplay: from mysterious, ancient structures from the dawn of the galaxy to strange spacetime rifts splitting the galaxy in two. Once unlocked by playing the campaign, the new mechanics can also be used in other modes, becoming new options for even more varied runs.

In order to download this game you must purchase it at or above the minimum price of $16.99 USD. Your purchase comes with a Steam key. You will get access to the following files:

Are there any plans to be able to lock in quirks when rolling a new seed? I like the ones like Beautiful Sights and Former Core Sector that create modifiers to planets, but I prefer to balance them out with a negative quirk. It takes ages to roll a combo like that.

Yup, this is already in! Will ship together witht he third update on the 23rd! :)

Will the upcoming modding support be available for Itch.io users, too??

Sure! The game just looks for mods in a dedicated folder on your disk - as long as the right files are there, all store versions can share mods with no problems.

One small caveat is that only the Steam version will support Steam Workshop - so mods only available there will not be easily accessible unless the author uploads them elsewhere as well.

Great to know, thank you! Really appreciate support for Itch.io. :)

This resource management system reminds me strongly of Star Ruler 2. Was this intentional inspiration or happy coincidence?

A coincidence that indeed gets pointed out from time to time!

I only played Star Ruler 2 after I made the original PICO-8 version of Slipways (prompted by a comment much like your own), and I must admit, the ideas around resource delivery and the resulting "leveling" of planets are very similar. They're very different games in all other regards, though.

In my case, the inspiration for how the resource/leveling system works was the original Railroad/Transport Tycoon games from the 90s :)

Ah, I missed those titles back then, I imagine SR2 probably drew influence from those same sources, given the similarities.

Either way, I've been thoroughly enjoying Slipways, it's exactly the sort of Management/Logistics game I've come to enjoy. Looking forward to what comes next!

How many hours of content can one get out of this(reasonably)?

Slipways is not very content-driven, being more of a replay-based game with 1h-long runs (with each run featuring different content when it comes to eg. technologies). It should take you about 10 hours to see all of the technologies, perks and then go through the campaign, but it all boils down to whether you like the style of gameplay the game offers. Right now, the average "time played" on Steam is a little over 12h, with quite a few hardcore players having 100h+.

This is just a fantastic game. You really need to check it out - particularly if you enjoy resource management / logistical supply games like Railroad Tycoon.

I like buying things here rather than Steam, because more goes to the developer, but I'm on Linux. Does anyone know if this works with Wine?

The Steam version works well with Proton, which I think is just Wine + their patches? The only issue consistently reported there is that you can't see the tutorial videos (video parts of Windows are not well emulated, it seems). I don't think I heard from anybody trying on straight-up Wine and I'm not sure how that compares to Proton.

Note: We don't officially support Linux, so I might not be able to help if there are issues.

Oh, good to know about Proton, thanks. Had no idea it was related. I'd test on Wine myself, but I'm poor enough I need to be sure it's gonna' work before I buy a game. I just know how good itch is for devs.

FWIW - we now give out a Steam key with every itch.io purchase, and the video issue is fixed under Proton, so the game should be fully playable under Linux.

I'll still test on Wine first out of curiosity, tho. :3

Bought it, playing it, it's dope as hell. Fantastic work!

Congrats on the release!

Very excited to pick this up! The beta and steam games festival demo were both fantastic.

Thanks! Still working around the clock to make the game even better for release!

Where is the download link (no need to reply) 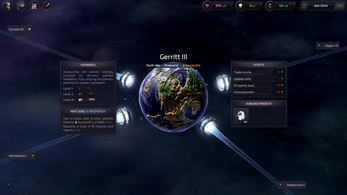 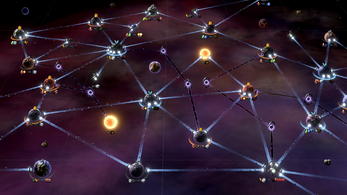 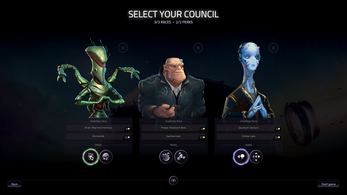 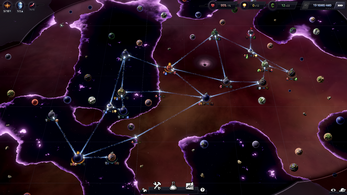